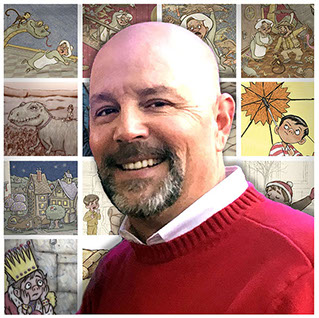 Michael Hale has always been a "Creative Guy".

He did all sorts of things, that only a “Creative Guy” can do.

Then he realized something. Looking back at his work, all of the things

that he had created were done for a specific audience… Children.

That is what he does now. He has illustrated eight books and written two.

He even won some awards in the process.  He loves his work.

Michael lives in Phoenix, Arizona with his wife Beth.

They have two sons, Austin & Carter.